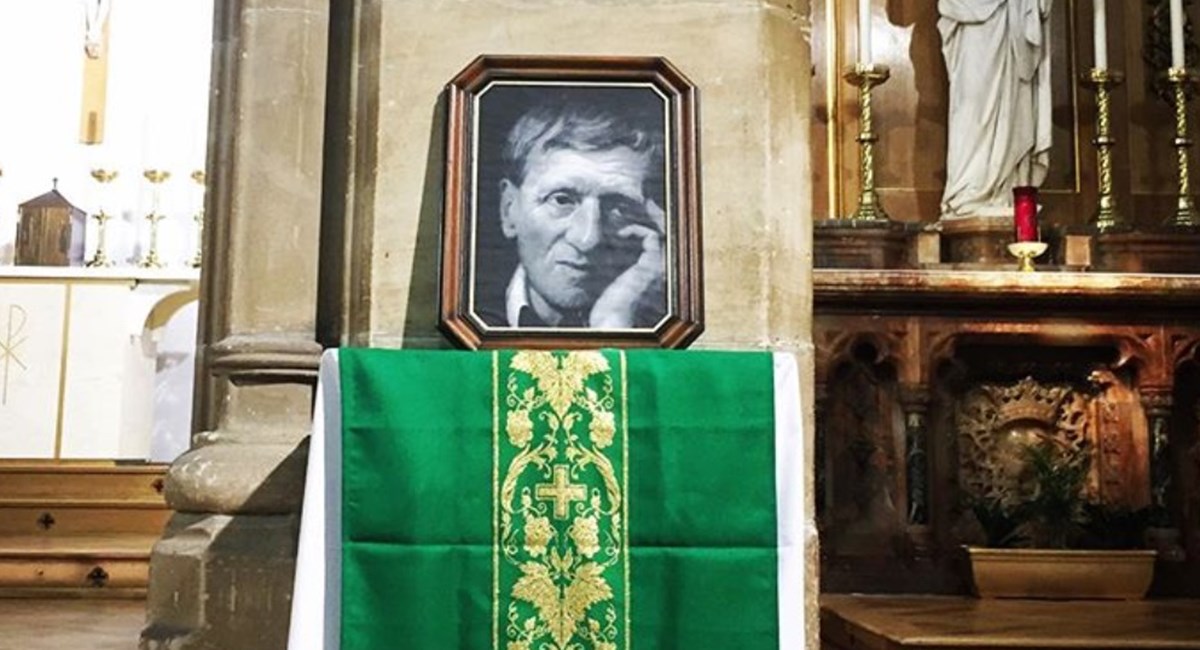 Blessed Cardinal John Henry Newman is to be canonised in Rome on Sunday 13th October. He is the only English person, who has lived since the 17th century, to be recognised as a saint of the Church.

In 1991, Newman was proclaimed venerable by the Congregation for the Causes of Saints and beatified on 19 September 2010 during an open air Mass in Birmingham celebrated by Pope Benedict XVI.

In these days before his Canonisation we are invited to pray a Novena (copies of which are available at the back of Church) and Fr Ron will lead a special period of reflection on Wednesday 9th October at 7 pm.

Praying with our Holy Father

The Art of Dying Well


God cannot be tamed Advent reflections A journey to the birth of our Lord and Saviour Jesus Christ All Souls day at St Charles Borromeo and St. Thomas More