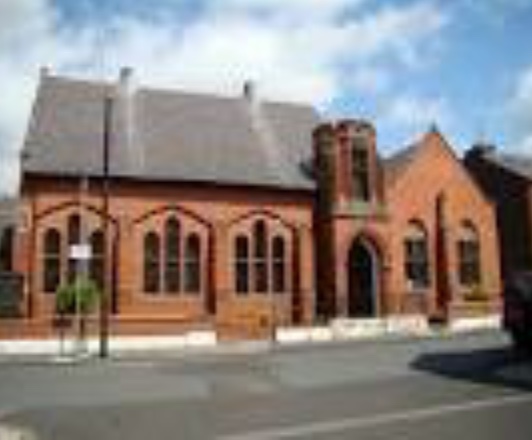 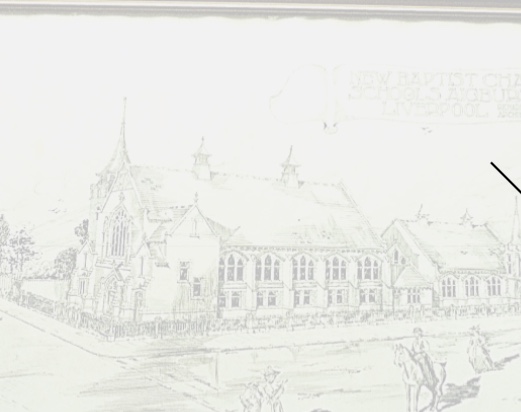 The original Baptist plan for the site

The only part of the plan actually built, was used for some years but eventually became St Thomas More Church. Out of respect for their Baptist friends, the huge Baptismal Bath was retained under the sanctuary.

The Clergy and Religious 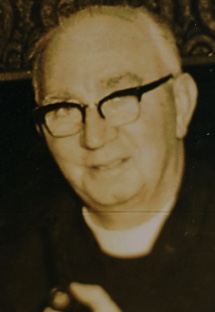 Father Gerard Reynolds was the first parish priest, 1963-1969. Having been assistant priest at St Charles he continued to live there for some time.  The new parish took in part of St Charles parish and a larger portion from St Austin’s. It stretched from Sefton Park gates to the north side of Mersey and Barkhill Roads and from the new promenade at Otterspool to North Mossley Hill Road. 35 Woodlands Road was purchased as the presbytery. The parishioners had to work very hard to get everything ready before Christmas. The first Mass was celebrated on the First Sunday of Advent, 1964. The parish community was drawn together by the formation of a Ladies’ Guild, Easter Bonnet Parades, Whist Drives, Bingo, Family Trips and Christmas Fairs.

Father Reynolds had a season ticket for Liverpool and the Sisters at Kelton were heard to say how busy he was, having meetings even on Saturdays.

Father Morgan O’Healy replaced Father Reynolds in July 1969.  He is pictured with the First Communicants of 1971.  The parish celebrated the Golden Jubilee of his ordination in 1983. Father O’Healey was renowned for his attention to the sick and housebound, even doing their shopping on some occasions. Work on the interior continued and Readers and Eucharistic Ministers appeared.

The history so far comes from an account written by Miss Bridget Alexander for the Dedication of the Church in February 1987. The rest comes from newsletters and memories of parishioners. Any inaccuracies reported will be willingly corrected.  A much more detailed account, naming many parishioners, has been written and there is a copy in the Archives kept at the Metropolitan Cathedral. 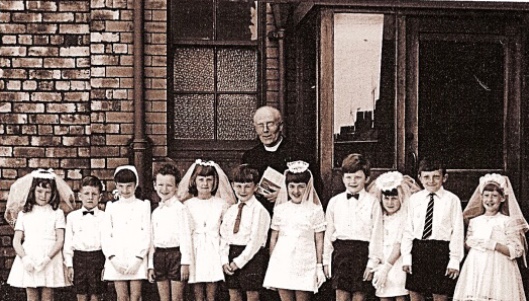 Father Austin Hunt, now Monsignor Hunt, became Parish Priest in 1984.  He introduced parish meetings and offered to bless homes. He continued his work as Director of the Permanent Diaconate and the parish became their centre. He was also a member of the Art and Architecture Department of the Liverpool Archdiocese. He had a great interest in SURVIVA-MIVA, a charity which supplied vehicles to people working in developing areas. As a result he travelled widely, visiting Africa several times. 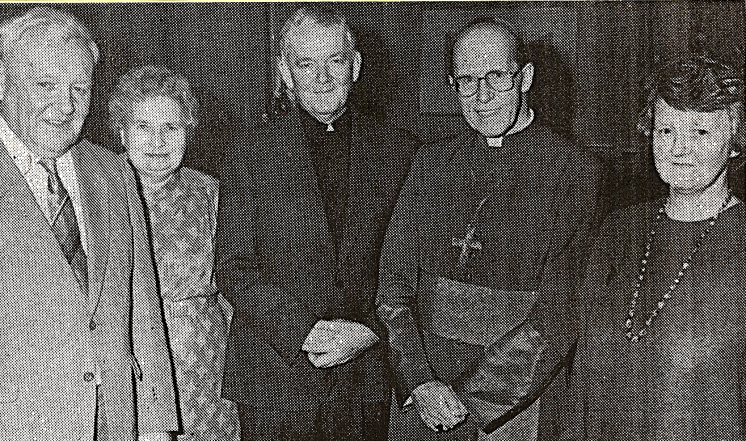 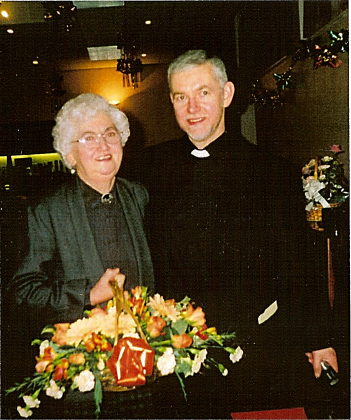 Father Chris Fallon, now Canon Fallon, was already well known to us when he became Parish Priest in 1991.  He already had a full time job in the Pastoral Formation Department at LACE and organised the Archdiocesan Pastoral Councils.  He used his musical talents to enhance the liturgy and introduced or encouraged many new initiatives. One of these was a Passover Meal and another a visit by the Loyola Hall team enhancing our prayer life. Father Fallon’s mother was an ‘honorary parishioner’, joining us on many occasions.

Father Philip Inch (later to become an Episcopal Vicar) was Parish Priest from 1997 to 1998.  He was also Director of the Youth Service. His leaving party (above) gives some idea of his popularity after that short time. When he left in 1998 he wrote, ‘Thank you all for what has been, in terms of the parish, one of the happiest and most blest times of my life’. 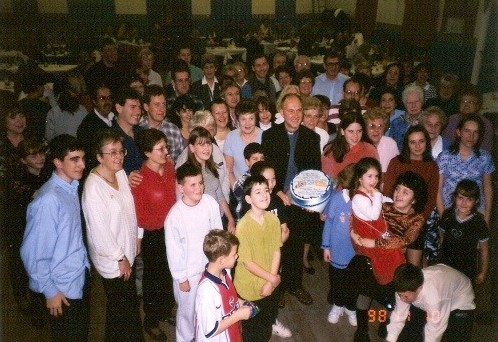 Canon John Short was already one of the Archbishop’s four Vicars General, (someone who can stand in for the Bishop in all matters if and when he is absent) when he came to us in 1998. He proved to have friends in high places and two of them visited the parish together, Archbishop Patrick Kelly and Cardinal Cormac Murphy-O’Connor.  His relationship with the young people in the parish is perhaps best shown by two examples from the Youth Group’s presentation  of ‘This is Your Life Father John’ at his retirement party.

He died only a short time after his retirement. It is impossible to do him justice but some extracts from the Bidding Prayers at his Vigil Mass, celebrated by Father David Heywood, may give some idea of the loving esteem in which he was held and the reasons for it.

‘To encounter Father John was to meet with the most humble of men…’       ‘Father John’s gentle wisdom and respectful acceptance of each person and their situation, gave comfort and encouragement to many, especially those who had lost faith in themselves, God or the Church…’    ‘Father John’s willingness to trust in God and God’s people allowed us to lead in the shaping of our parish.  He welcomed ideas and convictions …’  ‘Father John never ceased to be moved by the wonders of  God’s creation … His delight in mankind was evident in his beaming smile of welcome, his sense of fun, … his conviction  … that God’s peace and love will prevail.’